Quickly and efficiently, we assembled and managed a qualified team that helped Linx with systems development

CLIENT
Linx
AREA
Technology
PROBLEM
Linx needed a team of qualified developers and analysts for project planning and development.
SOLUTION
Visionnaire assembled a team with all necessary qualifications and managed it with the use of cloud tools.
RESULTS
Linx was successful in its project, since Visionnaire quickly and efficiently assembled and managed a remote, multidisciplinary team. The project, consisting in a sales data analysis platform for drugstores, was concluded with success.
TECHNOLOGY
Adobe XD, Amazon ECS, AWS, AWS Fargate, AWS X-Ray, Angular, Ansible, Azure DevOps, Delphi, Docker, GitHub, GitLab, Java, JavaMelody, Java Swing, Jenkins, Jira, Microsoft Project, Microsoft Teams, MongoDB, New Relic, PostgreSQL, Rancher, React, Slack, SonarQube, Spring Boot, Spring Data, WSDL.
Detailed problem:
Linx is a Brazilian company that specializes in providing technologies for retail stores in many areas. It is the leader in the management software market, according to IDC Brasil. When facing the challenge of developing a sales data analysis platform for drugstores managers, Linx felt the need of a qualified team for the job.
Such team needed to have specialists, starting with a manager, who would be accountable for planning deliveries, team communications, resource management, status reports and expectations alignment. Developers, on its turn, would be responsible for coding deliveries, unit testing and support in systems architecture, besides defining and supporting DevOps environment.
It was also necessary to have testers who could set up environments, plan deliveries, define scripts, and execute and summarize tests. Completing the team, analysts would be responsible for elicitation and documentation of the client’s requests, and for making both low and high-fidelity prototypes. It was clear that Linx was aware of its needs, but it lacked efficient manpower.
Detailed solution:
Visionnaire was responsible for elaborating a specialized squad for this project development. Therefore, a team of specialists was planned and assembled, following specific needs of the project. The team was composed of a Project Manager, one Full Java Developer, one Senior Java Developer, one Full QA Analyst and one Senior QA Analyst.
The team followed the Agile Development methodology, keeping focus on developing a functional solution as well as being collaborative with the client, and being adaptable to changes.
The project was kept in control with the use of cloud tools. MS Project was used for schedule and progress reporting. Besides, Visionnaire offered digital tools for systems deployment and maintenance, version control, project management and communications between team and client.
This means Linx had at its disposal a highly qualified team that, even allocated in another city, didn’t have its productivity compromised thanks to the use of the Scrum methodology, with daily meetings and weekly sprints according to the backlog.
The use of cloud solutions also allowed the application of concepts such as Continuous Integration and Continuous Delivery, ultimately resulting in fast, continuous deliveries for Linx.
From the team’s assembly to the well-defined processes and agile tools in the cloud, Visionnaire helped Linx to being part of the agile software development philosophy.
BROCHURE
Case brochure 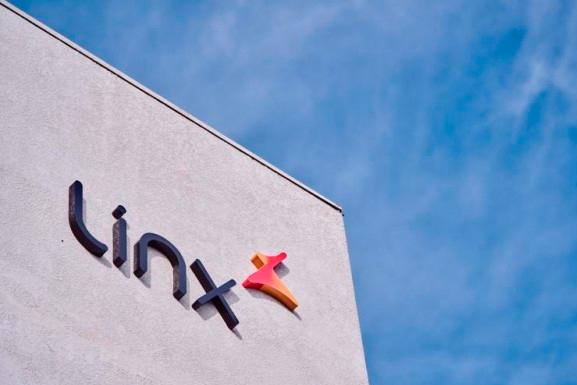 Quickly and efficiently, we assembled and managed a qualified team that helped Linx with systems development