CLIENT
HSBC
AREA
Finance
PROBLEM
In the early 2000s, the Brazilian financial system found itself in a “race” to migrate its solutions to the internet with Internet Bankings. HSBC had the great challenge of migrating and unifying all of its solutions with a focus on electronic channels, and Visionnaire assisted in the development of systems solutions based on application servers, safely, for the web.
SOLUTION
With the help of Visionnaire professionals, a solution based on application servers was designed to handle the high financial processing load safely. IBM WebSphere was used, and HSBC's Internet Banking was one of the first in Brazil, receiving several awards to this day.
RESULTS
With the implementation of the Internet Banking designed by Visionnaire together with HSBC professionals, it was possible for the bank to maintain its position as a technological pioneer in Brazil, serving its millions of customers in Brazil and abroad, processing billions of financial transactions every month.
TECHNOLOGY
IBM WebSphere application server platform, Java, IDE Eclipse, integration with several developed financial systems, from COBOL to mainframe, through minicomputers and UNIX workstations, going to microcomputers running on client/server philosophy.
Oracle, Sybase, Informix, and SQL Server databases. Implementation of the Single Sign-On system and Access Control and Security Service (ACSS) based on OMG (Object Management Group) standards. Use of CORBA, UML, IIOP and IDL standards. System specifications using UML (Unified Modeling Language) and RUP (Rational Unified Process).

Detailed problem:
In the early 2000s, the Brazilian financial system found itself in a “race” to migrate its solutions to the internet with Internet Bankings. HSBC had a major challenge, which was to migrate its solutions based mainly on mainframe and agency systems to the web.
In addition, there was a great complexity of integration, as there were the most varied architectures running within the bank's IT, ranging from mainframes, through minicomputers and Unix workstations and reaching microcomputers in the client/server philosophy.
The solution was based on the IBM application server (WebSphere), which, since that time, is one of Visionnaire's great know-how, as Visionnaire has several highly qualified professionals in development on WebSphere platform and Java language aimed at the corporate world, in addition to being an IBM partner.
The solution included a view of electronic channels, or eChannels, with which the HSBC customer could perform all typical bank operations, via the web and any electronic channel.
Visionnaire assisted HSBC technical staff in the creation and development of a new Internet Banking, which took years of development.
Detailed solution:
Visionnaire, together with HSBC's technical team in the IT and eChannels areas, designed a solution based on application servers, due to the priority of having a robust system that would support large financial processing loads and, above all, it was safe.
IBM WebSphere was the platform used. At the time, few companies had strong knowledge of the tool and experience in corporate Java development. As Visionnaire already had almost 10 years of corporate Java development, as well as high experience in WebSphere, it was possible to execute the project.
In addition to the application server as the main basis of the solution, the greatest complexity was the system integrations. An intelligent integration architecture based on Web Services was created, allowing integration with mainframe current account systems developed in COBOL, insurance systems that ran on minicomputers, investment systems that operated on Unix workstations, along with numerous internal and financials systems that ran on microcomputers in the client/server philosophy.
All databases were integrated, ranging from databases to mainframes, through Oracle, Sybase, Informix, and SQL Server, in the various systems. In the end, HSBC customers could operate all the bank's financial systems through a single platform, which was the web.
HSBC was one of the first banks to do all this unification and integration. The user, with a single login (Single Sign-On), was able to execute all financial operations from his home, an innovation at the time, and this was what allowed the bank to be currently expanding even more its channels in the mobile world. 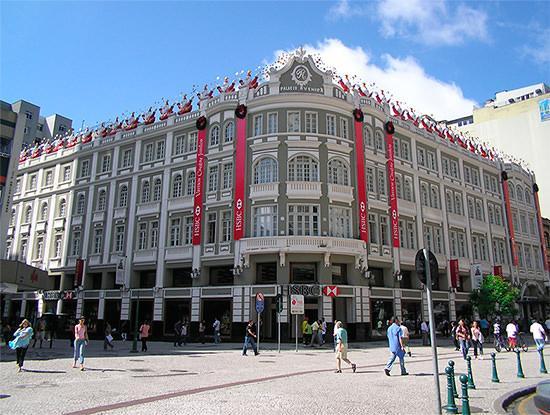