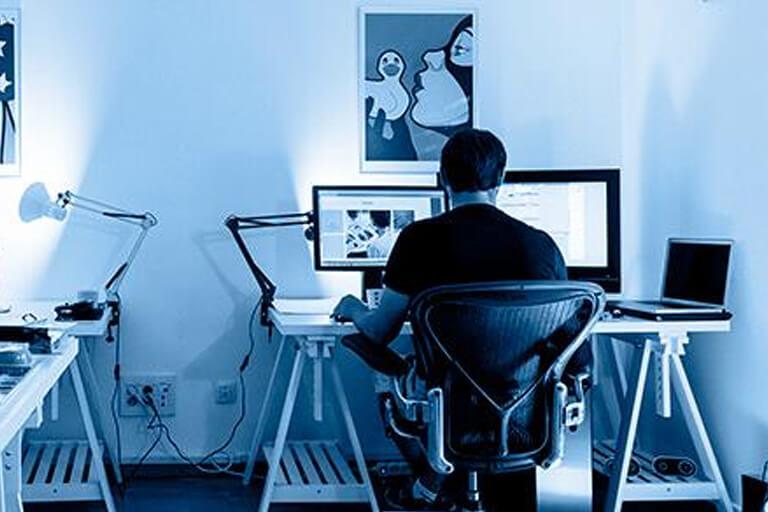 I am from a time of terms like “internet-first”, “web-first” and “mobile-first”. Generally, the computer industry begins to put an adjective, such as “first”, in moments of technological transitions, and then “first” falls out of the term.

For example, just over a decade ago, people started to say that applications should be developed in a “mobile-first” way. What did that mean? It meant that instead of developing an application with the mentality that this application should run on the web (in browsers, as it was best known at the time), these applications should be thought of with the mentality of developing first for mobile devices, and as a second plan, for the web. That's why “mobile”, “first”. It was also at this time that we started calling the software apps, instead of applications or programs, because the English term “App” started to be used more. It was also at that time that responsive design technologies were born, which allowed this “cell phones first” thinking and hybrid technologies for application development.

Today, it is even funny if someone says “mobile-first”, because of course, it has to be mobile. Therefore, adjectives drop over time.

There is also the term “mobile-only” when the person wants to refer that the application will run “only” on the cell phone, but there are few cases where this happens. In the vast majority of cases, applications have to run everywhere, on mobile, on the web, on the desktop, on the tablet, on the watch, on the TV, on Echo (Alexa), etc.

Well, we are now hearing a lot about the term “remote-first”.

Most of the time, the computer industry, especially the software area, is at the forefront of technological developments in society. We had already been experimenting with remote work even before the Pandemic, but they were smaller initiatives, few people in this format, and a minority of companies. Needless to say today, a year after the start of the Pandemic, that remote work (and even the home office) is no longer the minority, but the majority. Visionnaire works with hundreds of customers and has already implemented thousands of projects successfully in production. In the last year, we were able to observe a cultural migration, little by little, of our clients allowing remote work. Before this was a myth, today it is a “real” reality.

Visionnaire, before the Pandemic, had between 10% and 20% of its employees working remotely. Until then, we were seeing some companies in Silicon Valley that were already 100% virtual with employees in several countries, and we thought: “How incredible, how cool!”. Well, today Visionnaire has been with its employees 100% remote for a long time. As they say, Pandemic was the biggest driver of Digital Transformation for all companies, everything that happened in the technology sector in the last year would happen anyway, it would be the natural evolution of things, only that it happened in a year which probably would take about five years.

Since the first months of the Pandemic, in 2020, Visionnaire had already changed its corporate policy so that employees could choose between remote work or a company physical office. Most opted for the remote. Today we have updated the policy to further strengthen remote work. We could say that Visionnaire today is a “remote-first” company, probably moving towards “remote-only”, and maybe in the future, to just “remote”. Will we find it funny in the future when someone says “remote-first” because it is obvious that people will be working from anywhere?

We certainly know that not all sectors find it easy to have their employees working remotely, in some cases this is almost impossible, but once again companies in the technology sector are leading the way, as they have an easier time allowing work 100% remote, they already learn from the initial difficulties of this format and open doors to show companies in other sectors what are the best practices.

For a company to be able to function productively with 100% of its employees working remotely, it needs to be very disciplined. Since past times, when I read about companies that were 100% virtual, one thing these companies taught was unanimous: have everything documented, all processes well defined, and in writing. To our positive surprise, Visionnaire already had processes very well stipulated and documented before the Pandemic, and what we did in the initial months of the transition to remote was to update, complement and improve all of these processes. Another thing is to have discipline, routines, organization. We already had well-defined routines, we had already migrated our software systems to the cloud, we already followed the Scrum philosophy with weekly or biweekly sprints, so transforming the company's operation to the remote world was natural. What we learned is that on this matter of routines and discipline, the company behaves like a person, if the person already has good practices for his life, good discipline and good habits, he or she will certainly be more likely to have a long and prosperous life, ready for the possible adversities and unforeseen events of life.

Therefore, we can say today with strong security, Visionnaire is a company that is “First Remote”, moving towards “Only Remote”, but in the future it will be simply... “Company”. :-)