7 Programming Languages to Keep an Eye on in 2021

In a few days we will be in 2021, and it is a good time to reflect on our learning priorities for the coming year. 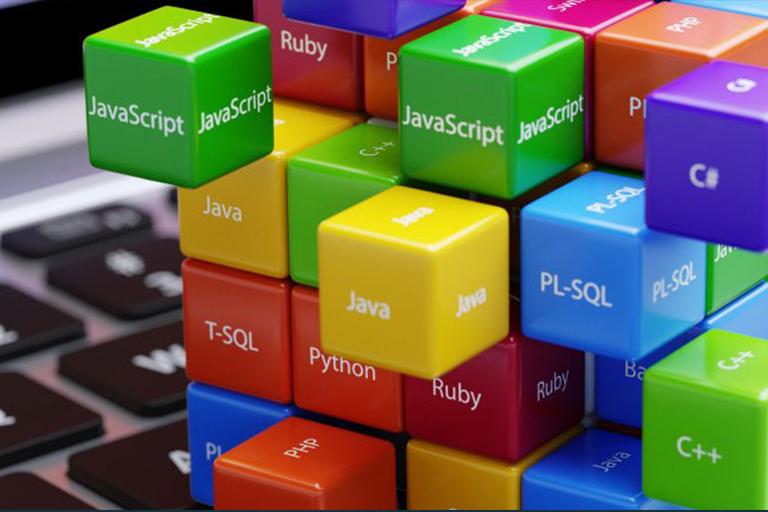 However, learning a programming language from scratch can be quite a daunting task. So, you can already focus learning on what is most sought after, right? Check out the ones we believe will be on the rise in 2021.

Before I start talking about programming languages, let me clarify:

I am not arguing that one language is better than any other and I believe that developers should eventually learn more than one language and should always be up to date on new technologies considered "trendy".


Created in 1991, Python is an extremely versatile Open-Source language in its usefulness, a true Swiss Army knife in the field of programming, being widely used for data science, web creation, systems management, writing automation scripts and much more. more, among the main programming languages. With several open source packages and libraries, it also has a large and growing ecosystem.


In this sense, the sky is the limit for the Python programmer, a fact that makes it an ideal programming language to learn in 2021.

Although Go is a relatively widespread language, it has been a great differentiator in curricula when it comes to hiring programmers. In addition, like Python, Go is configured as a simple and easy to learn programming language.


It is a tool developed by Google in 2007 to be applied in web and API development.


It combines the best aspects of functional and object-oriented programming, as well as presenting a valuable set of built-in development tools. Some good and famous projects are using, for example, kubernetes and the Ethereum Cryptozoic Project are based on Go.


Javascript is not really a programming language, but a language interpreted by browsers.


JavaScript allows you to build interactive websites, and is an essential web tool technology, along with HTML and CSS, and because most browsers somehow implement JavaScript. It is crucial to get into Web development and learn this language, but it is often easier to choose and do something tangible, in part because of the whole accessible user interface.


There are three languages ​​that are often confused, although similar, they have different differences in their functions, use and possibilities.


C is a native and procedural language, that is, it is executed as its commands are read. This is a language considered to be of general purpose, since it can be used in the development of almost any type of project.


C ++ is also a native language and compiled multi-paradigm programming (its support includes imperative, object-oriented and generic language) and general use


C # is a highly demanding programming language in 2021. It was created by Microsoft. It has similarities to C ++, Java and Python. C # has wide use in many fields. It is widely used in back-end websites, mobile applications, 2D, 3D and video games, software development. The C # Dot Net framework is very famous and very much in demand in the market today.


TypeScript is a superset for JavaScript. In other words, it is not exactly a language, but an additional set of instructions, keywords and structures, created by Microsoft as a response to the growing dissatisfaction with Javascript.


It is an easy-to-learn technology and has gained an increasing space within the community of programmers.


The growing popularity of TypeScript has manifested itself in the form of demand from companies. According to experts, TypeScript is configured as the programming tool that will succeed JavaScript in the coming years, a fact that makes it extremely attractive to anyone looking to enter the field.


Kotlin is a general-purpose programming language with static typing. It is used by some world-class IDE's, such as IntelliJ IDEA, PhpStorm, application code, etc. It was introduced in 2011 by JetBrains as a new language for Java Virtual Machine, but its popularity increased dramatically in 2019 when Google and the Android community started promoting Kotlin. Kotlin is object oriented and easier than Java, but it is still interoperable with Java code. That’s why it’s fourth on our list.


Because it is inspired by Python, SWIFT is an easy-to-learn language, ideal for beginners.


It is interactive and pleasant to write the code in Swift, the syntax is concise, but expressive with modern features. Swift code is protected by design, but it also produces extremely fast applications.

These are our 7 chosen languages, but regardless of the language, the important thing is to always stay updated, Visionnaire is always in search of new technologies, working with the most current languages ​​on the market and agile methodologies, providing products such as software development, applications , websites, corporate portals, consulting and allocation throughout the national territory. Currently we develop in Python, Java, JavaScript, Ruby, Swift, Kotlin, Go, C +, C ++, C #, among others, we are always training and innovating, count on all our experience for the development of your system.